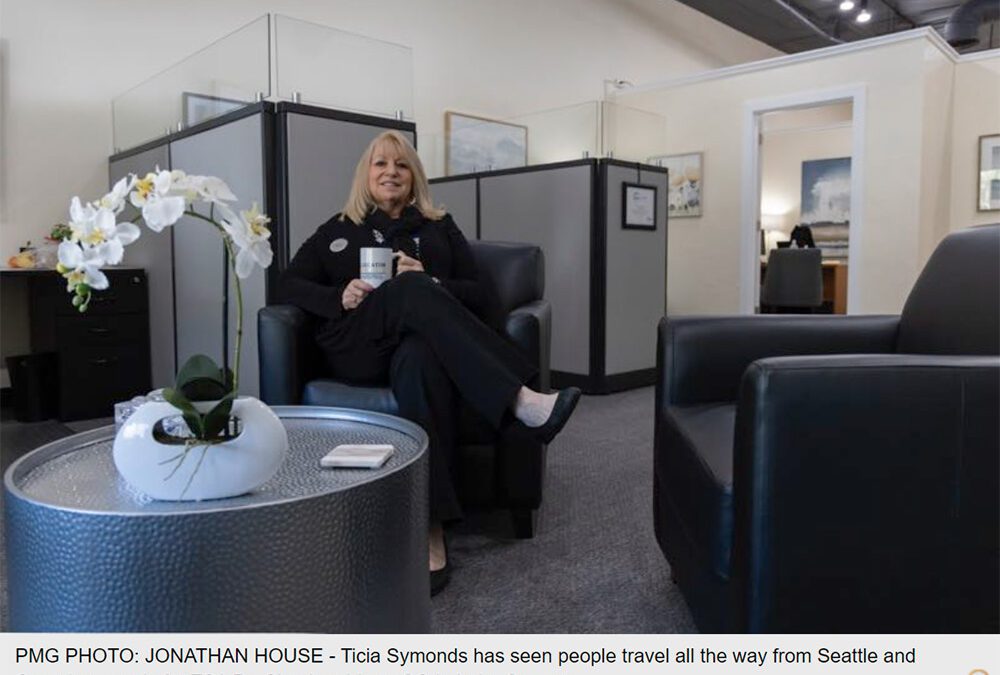 Lake Oswego resident Ticia Symonds said she recently helped a Portland Trail Blazer, a participant on “The Bachelor” TV show and a famous doctor get preapproved for air travel by the Transportation Security Administration. You read that right—TSA PreCheck is now available locally through Legal Locator Service!

Though a couple locations have opened recently, her business on 16780 S.W. Bryant Road was, for a few months, the only place in the Portland metro area to get TSA PreCheck so that flyers can skip long security lines at the airport.

“IdentoGO approached us and the timing was perfect. The opportunity arose for us to expand during COVID and we felt fortunate to stay in the same location, the same building,” Symonds said.

And the business has been booming since then. Symonds has processed over 600 people per week at IdentoGO — which also provides transportation workers’ identification cards and HAZMAT certifications — and sometimes sends people to Deno’s Pizzeria or Aja Tram to eat while they wait or opens a half-hour early and stays an hour late because of the high demand.

“People were lovely. They could tell we were new. It was a sign of the times. Everyone was great,” Symonds said.

Amid the closure of other TSA preapproved facilities, Symonds said people came all the way from Seattle or even Canada to the Lake Oswego location. Currently, there are two locations in Portland but none to the south of the city until you get to Keizer.

Symonds said getting TSA PreCheck certified consists of a five-minute online registration and then a 10-minute screening at her business. This includes fingerprinting and verifying passports and birth certificates.

The certification allows people to go in the expedited line at the airport. They also do not have to take off their shoes or belts or have their backpack opened up if they have a laptop. Symonds said that more people are coming in for TSA PreCheck because the administration is behind on offering Global Entry, which provides expedited customs screenings for travel back to the United States as well as PreCheck approval.

The PreCheck component goes hand-in-hand with Symonds’ adjoining business, where she performs employment screenings and searches for missing people and others regarding trust accounts.

“The last case I located a child and the police helped us. The mom got a hold of me and said ‘You healed my heart. I was worried about my son. You are a heart healer.’ We like volunteering and helping find runaway kids and missing children,” Symonds said.